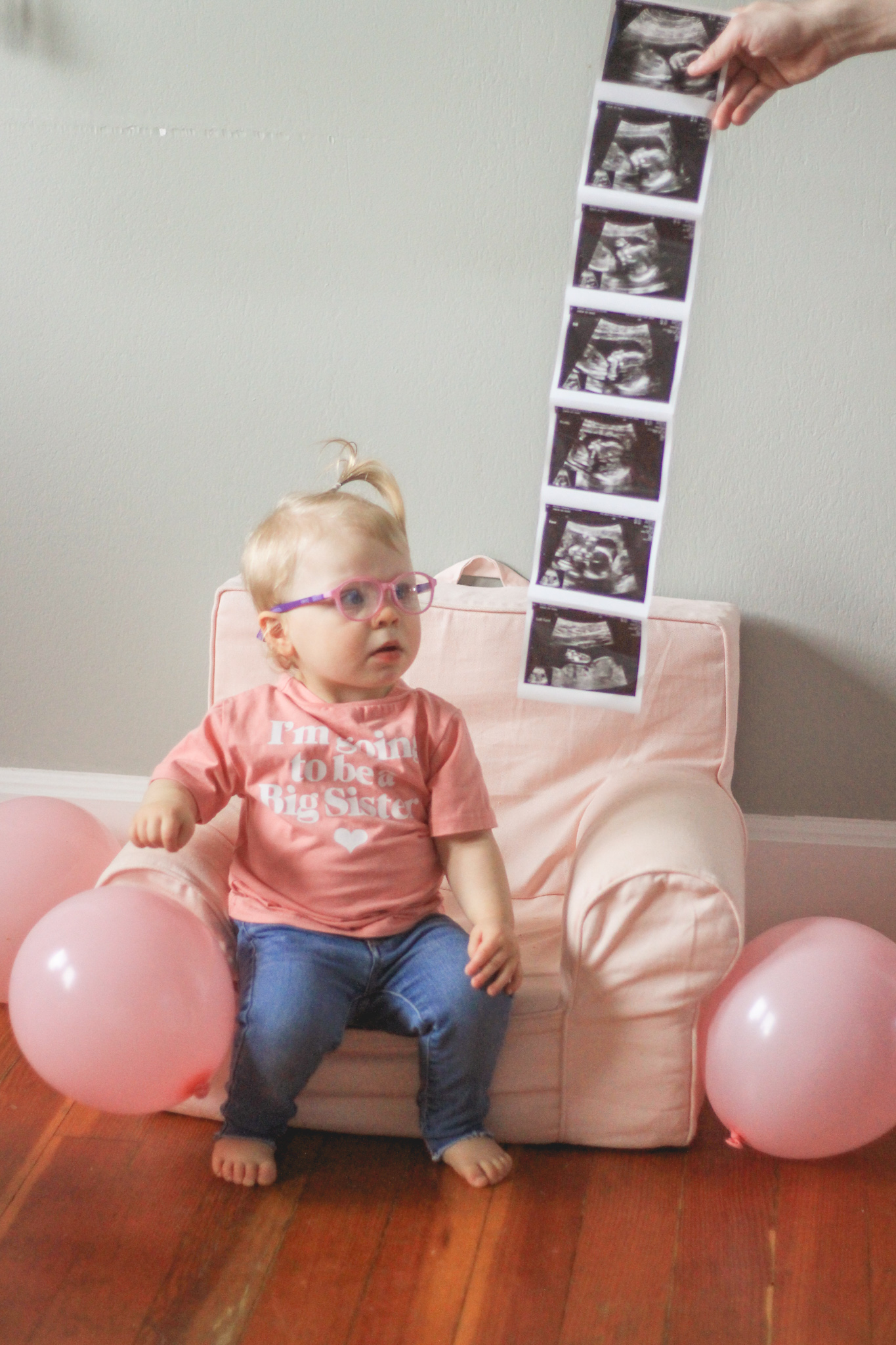 We’re so excited to *finally* share that we’re expecting a second Baby Martian.. and again in September! We’ve known since the beginning of January, really early on, so we’ve been keeping this quiet for a very long time.

Since I’m officially geriatric as far as pregnancy goes, our insurance covered the NIPT (Non-Invaisive Prenatal Testing) test. A basic blood draw to test for chromosomal disorders, which we were all cleared of. It also gave us a super early answer to the sex of our newest family member. It’s a girl!

I always hoped for a daughter named Madeleine. I’ve got my girl, so I assumed I’d have no preference regarding any other children, but after the nurse told us we were having another girl I realized how excited I was for Madeleine to have a sister. Plus all of our baby gear is pink, purple, and girly! Plus I’m excited to again put a baby in clothes I grew very emotionally attached to. 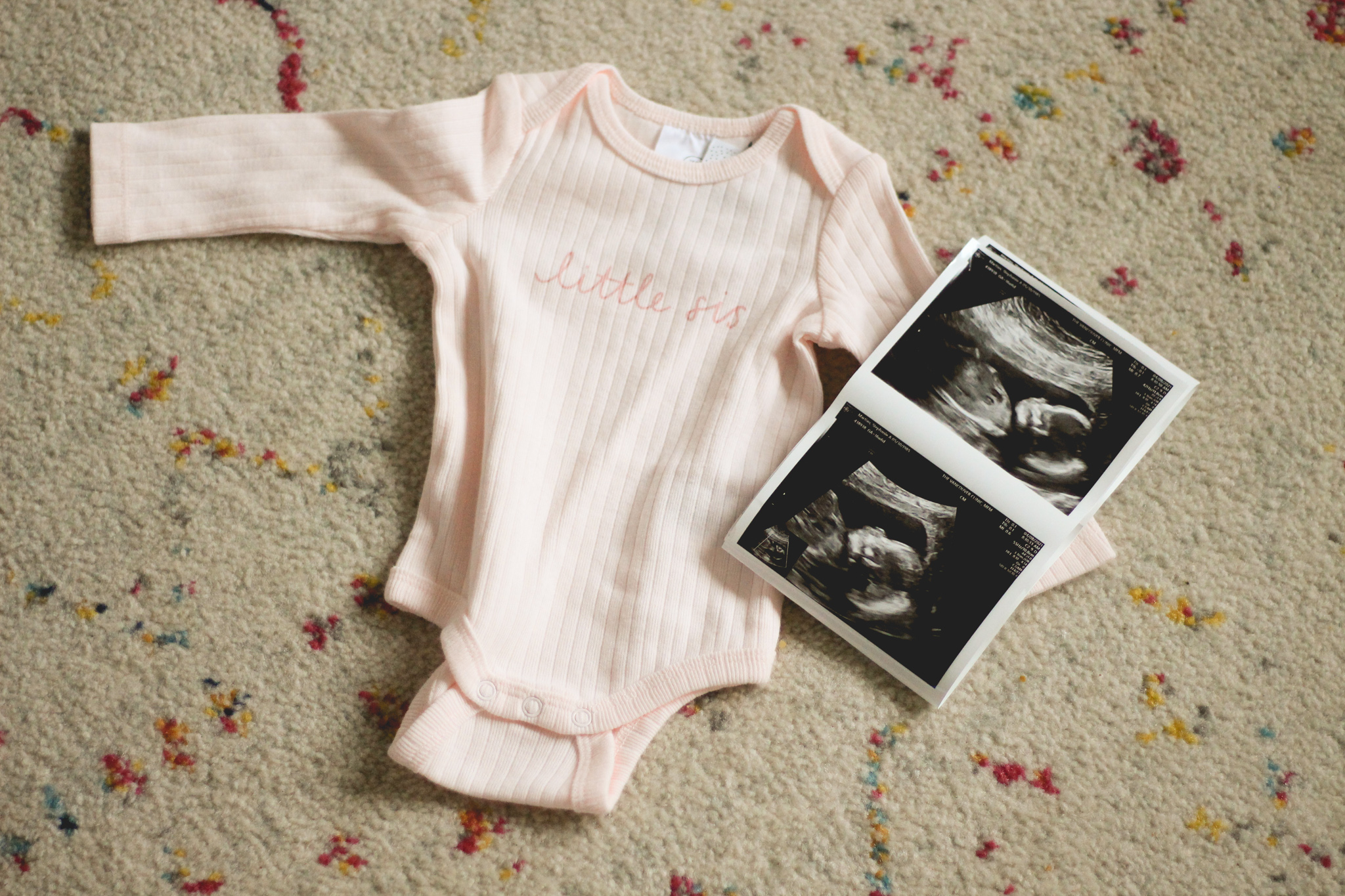 When I was pregnant with Madeleine, I had a really rough time emotionally. As someone with an anxiety about meeting new care providers, I ended up with FOUR different prenatal providers before Madeleine was born. But the midwife who delivered Madeleine was so amazing and I’ve been so excited to have her as my midwife for this pregnancy. We also are seeing the same maternal fetal medicine doctor as last time, and when she came in the exam room to review our ultrasound she said “I don’t know if you remember me! I want to see pictures of your first baby!” and then let me show her a bunch of pictures of Madeleine. 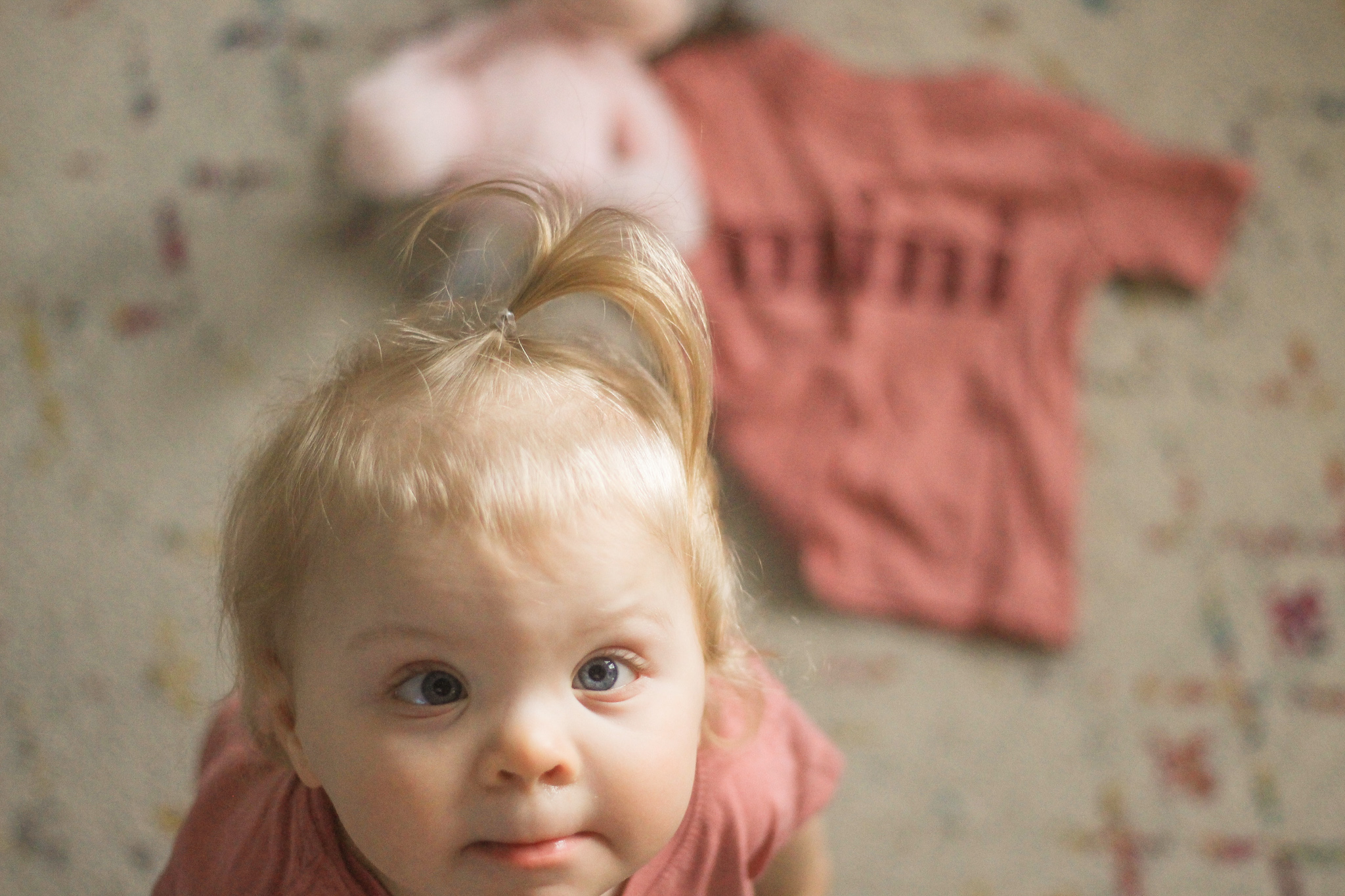 This whole pregnancy feels different, probably because I’ve experienced the whole pregnancy + birth + postpartum + watching a newborn grow into an infant and a toddler thing, and I’m so much more excited than I am scared.

Here are some ways this pregnancy is different than my first so far:

So if I could ask for prayers, please pray that we will be able to find affordable housing that has a second bedroom and at least a dishwasher OR in-unit laundry. I’ll settle for one or the other at this point.

Cheers to you, Baby Martian #2. I cannot wait to bring you home (where ever that will end up being). 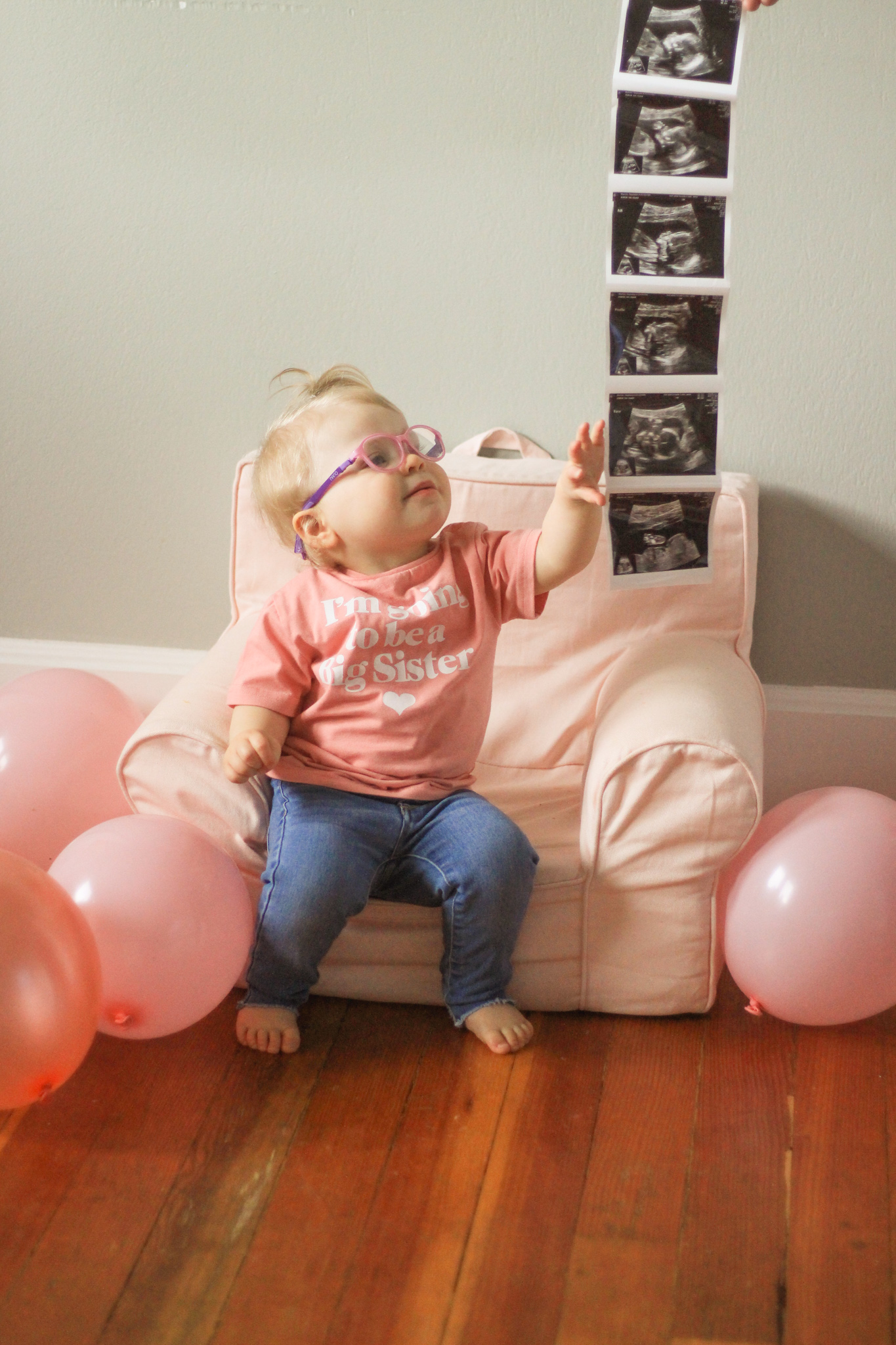