Remember that rhyme you were taught to remember how many days were in each month…? Thirty days hath September, April, June, and November, all the rest have thirty-one.

That rhyme is a LIE, because September seems to have infinity days at this point and we’re only in the first week. 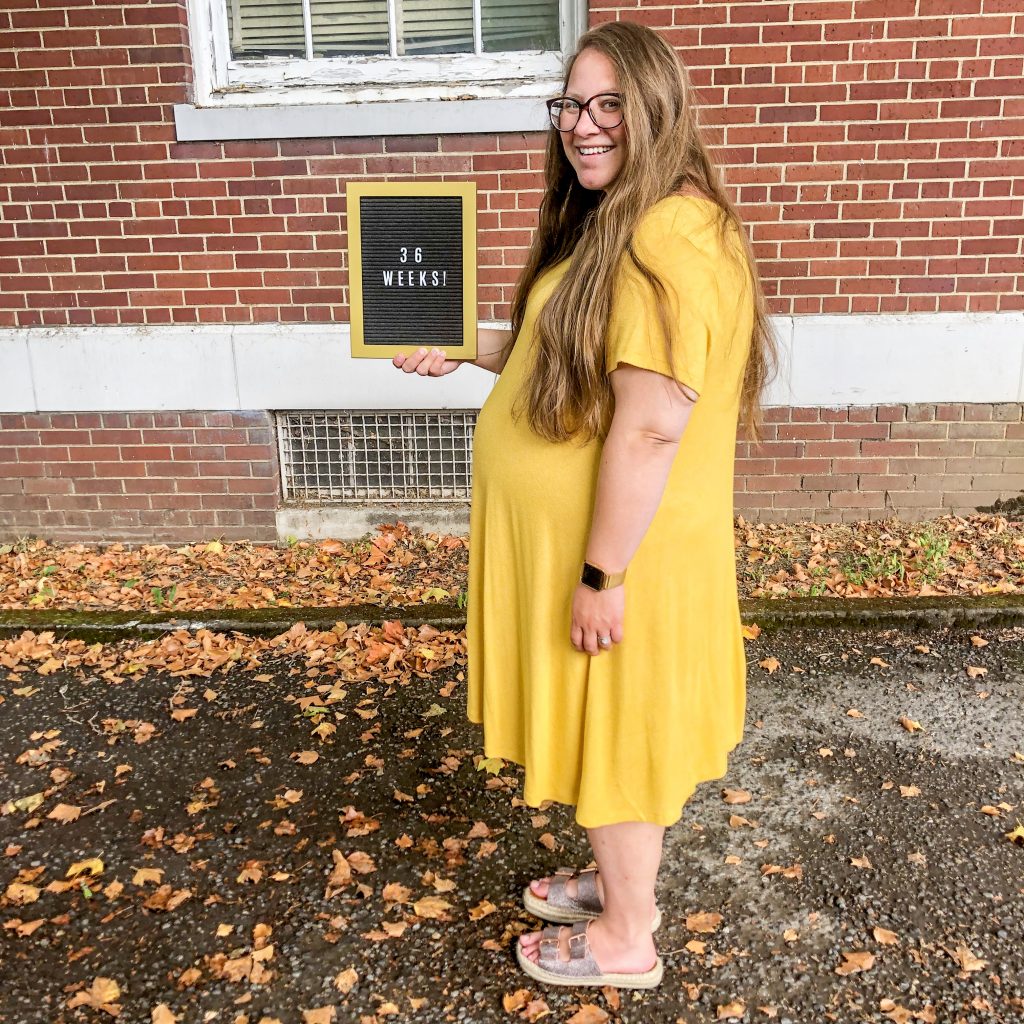 All year I kept dreaming about September and thinking about September and how life would look different at the end of it, but as September approached I realized something. There’s a really good chance I’ll go through ALL OF SEPTEMBER and not have this baby. The average date of birth for a first time mom is 41 weeks and 1 day. That puts us into OCTOBER.

There is literally nothing wrong with October except that it’s not September, the month I’ve been holding out for ALL YEAR LONG. Neat.

This week began our weekly appointments. We had a growth scan where they said she’s 6.4 pounds, in the 64th percentile, and she has hair. We also had a non-stress test which was literally the coolest thing ever. If we had one of those machines I’d spend all day attached to it. Our midwives appointment included the group b strep test WHICH WASN’T AS BAD AS THE INTERNET MADE IT SOUND. I won’t be asking for it on the regular, but it just wasn’t as bad as I’d read it was. They gave us this picture of her face. She’s been hanging out pretty low so this was the best he could give us. 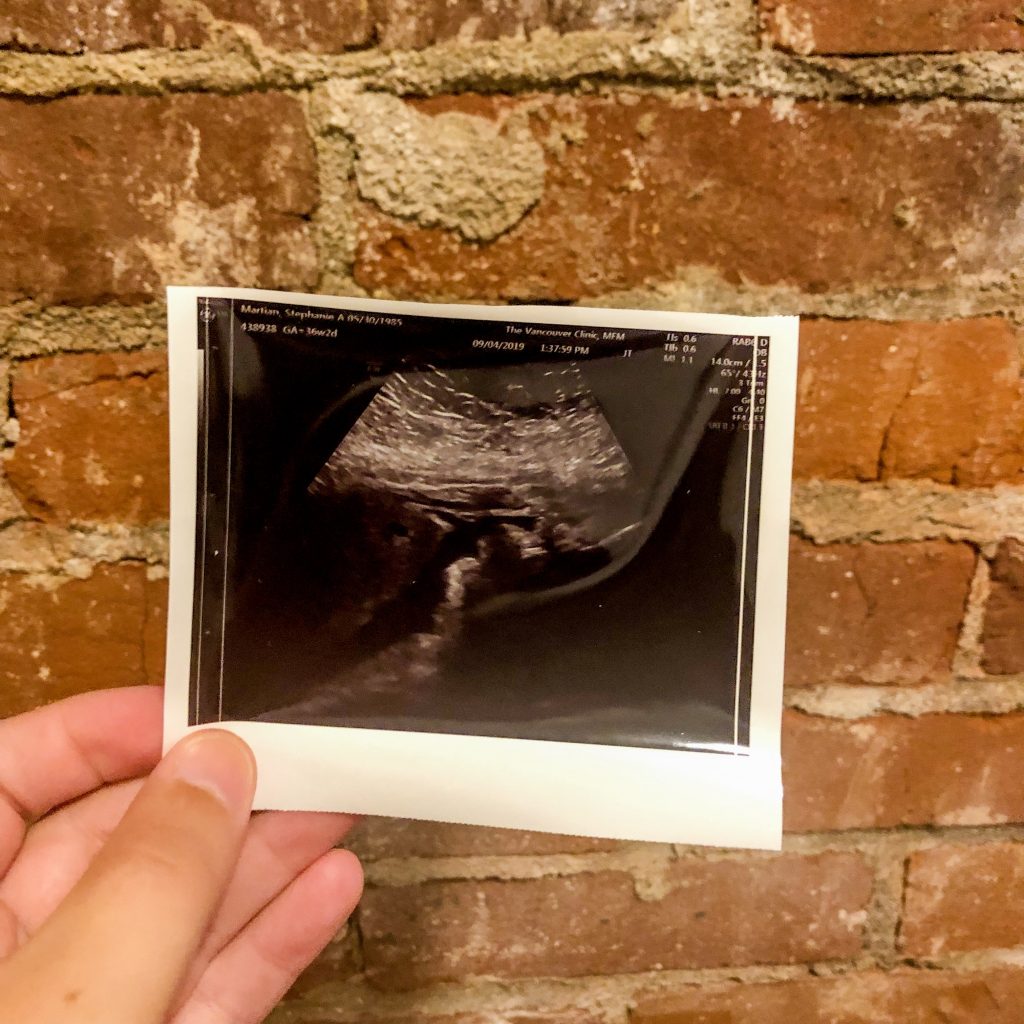 Week 36 was also the week in which people began throwing around the word “induction.” It’s been a heavier thought than I would have imagined. Welcoming any and all stories (not opinions, I’m done with opinions, I just want stories) about induction or choosing not to induce.

My father in law came over and set up a little rod in our bedroom so we’d have a place to hang up some of her clothes. It was SO EXCITING to hang up her little outfits and jackets. The onesies and such are all still rolled in their fabric bins. These are the fancy outfits. So fancy that I literally steamed them to get out as many of the wrinkles as I can. Let me enjoy my time while I have it. 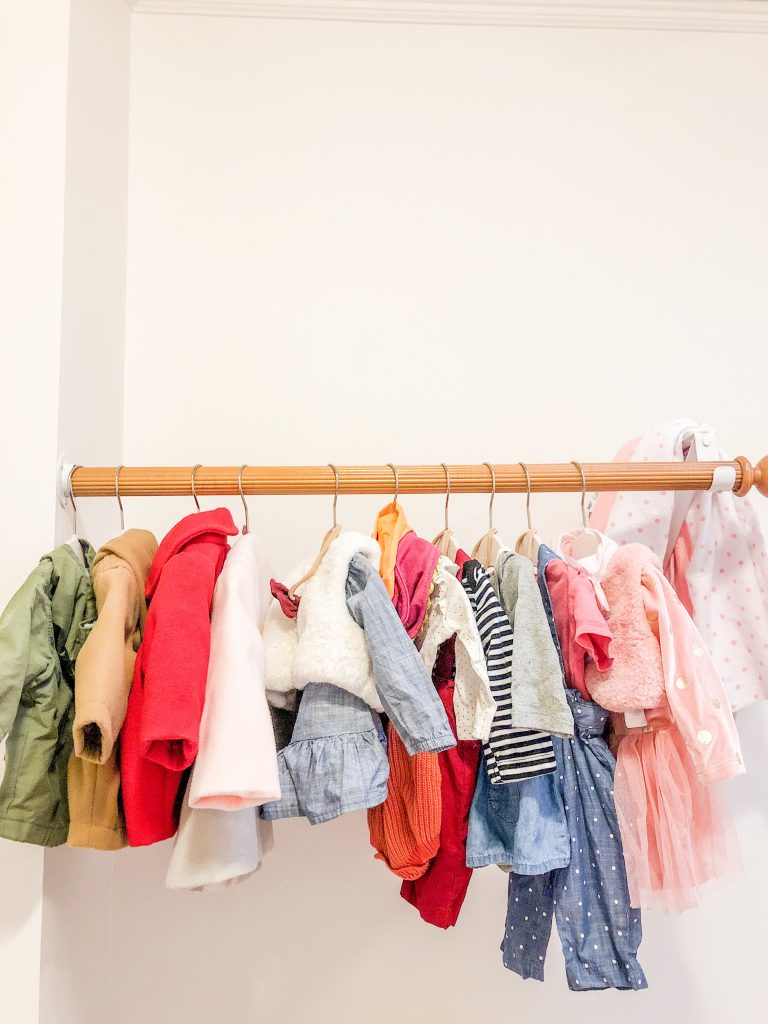 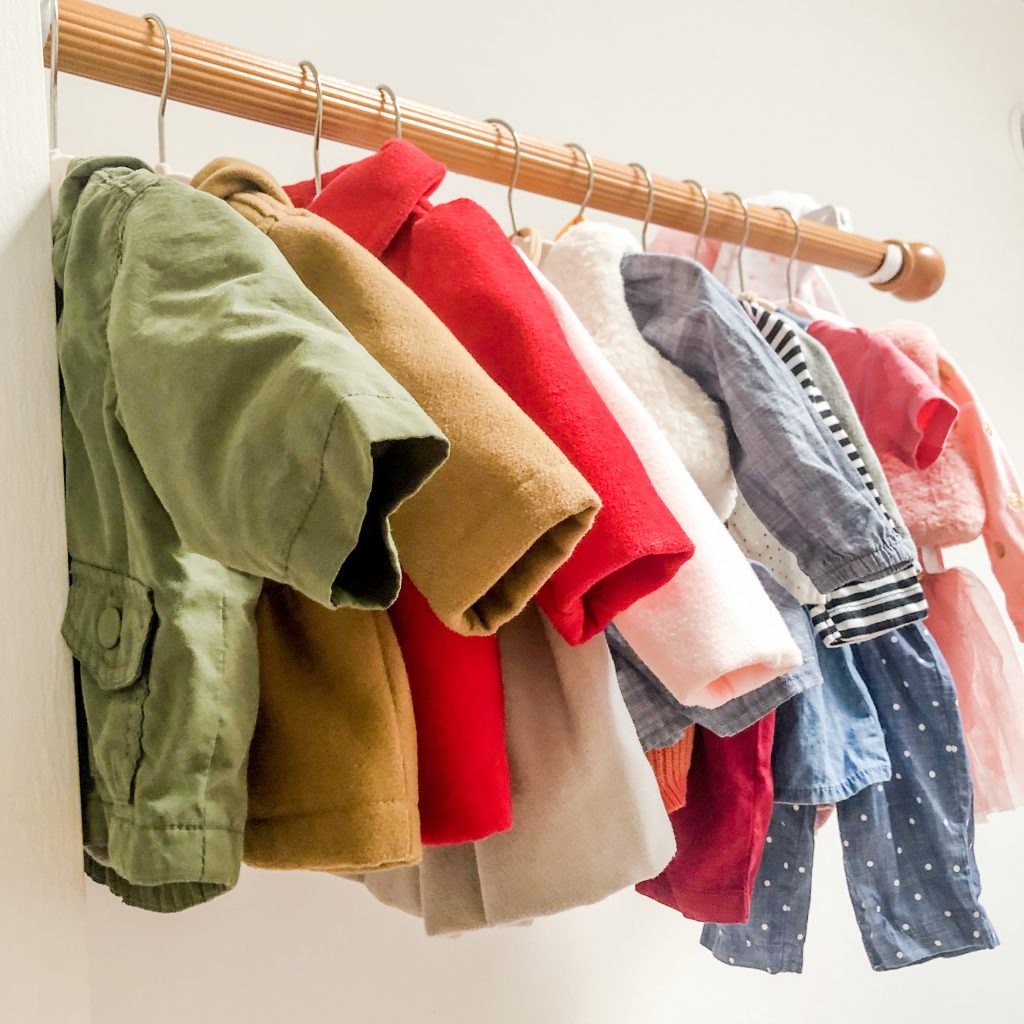